Paper export with opportunities and risks: The financial crisis leads to market adjustment in the paper industry

The global financial crisis has also reached the German recycling industry. But as opposed to the banking and automotive industries, the recycling industry has not responded with panic or predictions of Armageddon. Admittedly, there are some problems with exporting wastepaper to China, but in Germany the industry sees more opportunities than risks. In any case, there will be some form of market adjustment. An important representative of the German disposal industry and an expert in the area of wastepaper expresses his views on the situation in the global market. Lutz Siewek is Managing Director of Nehlsen GmbH & CO. KG in Bremen (Germany), where he is also responsible for the company's entire raw materials business. 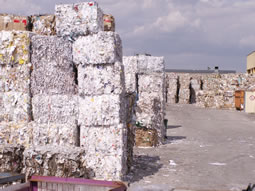